16
I'll start with Google drive, then.  Still open to suggestions.  For now, the link is in my signature.  I'm still adding links to the PDF, so it's ease of use will improve as I get through it.
I've set the shared link to allow download, which is probably the best way to use it. If you download it and the links on page 109 aren't working, it means I'm not done yet, and more links will work after the next time you download it.
17
I was cleaning out my garage yesterday for my upcoming move, and I rediscovered my OTHER T-bird/cougar EVTM's.  A lot of people have made use of my 88 wiring book, but I'm coming with 1981, 1982, 1983, and 1987 in the next couple days.
I need suggestions for hosting the files when I'm done.  I want to be able to have them widely and openly available to anybody who needs them.
18
I'd be really interested in any recommendation you might have, Chuck.  Maybe more than anyone else here.
19
Update: I can now brake hard enough to put the front tires into the fender liners, and front rubbing, though less, is still a problem.
Maybe some new struts would resist bound better enough to help with that, and I'll see how much I can machine off the front spacers before the center bore becomes a problem.
20
Like Haystack said, and you did not respond to, CHECK THAT TV (throttle valve) CABLE.  That nylon bushing deteriorates and drops the cable off the throttle quadrant.  You end up with really low line pressure, which lets the clutches drag and burn up, and without adequate line pressure, you can't engage the direct clutch (3rd gear and OD).  Every minute you're driving with the TV cable potentially off, you're cooking your trans to death.
21
What you've done is called purging the EGR.  Over time, carbon builds up in and around the pintle of the valve, more-so if there's been any kind of long standing running problem.  Back when I was a Ford dealership tech, we had to do this a lot on early 4.6 cars like Crown Vics.
The first thing you need to know about EGR from a drivability standpoint, is that the recirculated exhaust gas is inert.  It takes the place of air that would oxidize the fuel and allow it to burn.  This has the effect of cooling the exhaust and leaning it out a little, and gives the cats some breathing room to work better.  As you've learned, a continuous leak of EGR into the intake causes aggressive drivability issues, like lean idle, and with idle control issues, come ineffective dashpotting.  You end up with low idle (below minimum RPM for charging), and an inability for the engine to recover to idle from running at speed, and what you did when manually opening the valve while the engine was running, was to allow the valve to open far enough (more than it usually would) that chips of carbon holding it open were blown clear.

It sounds like you may have found and sorted out the drivability issues that caused this excess buildup in the first place, so you probably won't have this problem again.
22
Don't know if you're still working on this, but the 1988 EVTM is in my signature.  The one in James' sig died with Google+.
23
Just in case you were in the PDF and never tried it, 99.9% of the links are clickable page jumps.
24
You can make shorty headers work with a minor relocation of the column shift support bracket that bolts to the K-member (like, really minor).  May affect your PRNDL accuracy a little.  Can't speak to long tubes, though.
25
I've had headers and 2.5 cat-less (Michigan has no sniff, YAY!) H for years, but it was attached to some turbo mufflers on stock 2" cat-back pipes.  The whole thing was horribly corked up.  I just re-did it with 2.5" Mustang mid pipes, some 2.5 ID to 2.5 OD adapters to make them long enough, a pair of 2.5" double offset FlowMaster FlowFX straight through mufflers, and because I'm 40 and straight throughs are too loud, and the 2.5 Mustang GT (turndown ends) tails are too short, I cut the tails before the hangers and used 8" body length cherry bombs to extend them to the bumper.  Whole thing is mildly louder at idle, but about the same at cruise once I hit overdrive.  Loud enough to make me feel 17 when I floor it.  Resonated tail pipes are a trick I stole from 80's and 90's full-size cars, and it does wonders to cut down the extra loudness of straight through mufflers.  With that, and a track-max stg1 cam, I'm pretty sure nobody's 5.0 sounds like mine.
26
So who has one, and what do you want for it?

I know a lot of guys swap EATC for manual, I've got a whole manual setup in my garage, but I'd rather keep the EATC.
HVAC control flashing, code is 08, been through thee pinpoint test, even took the actuator apart to verify it isn't jammed.  If this were a newer car, I'd have had one 10 minutes ago.  Who's going to save my life here?
27
So my 16 month old is WAY out of her Recaro docking infant carrier, and into a convertible seat.  We put that seat rear facing in my wife's Fusion with no difficulty whatsoever, BUT, to be usable at all in the TBird, she has to ride front facing.  The recommendation from anybody thinking themselves any kind of authority at all, is 2 years/40lbs for front facing, but in Michigan, 1yr/20 lbs is legal. And besides that, a fullsize car seat in a rear facing orientation is just not workable in my car.

Does anybody know of, or has used any means of installing LATCH system mounts?  That would include the upper anchor as well.  Some of you guys have to have been through this before me, what did you do?
28
Mission accomplished. Narrowing the rear track by 1 inch overall has restored the track width, and by proxy, tire clearance I had before I got started.  All is now well.
29
Quote from: Tbird232ci on June 08, 2019, 02:43:26 PM

I just ran out and put eyes on my car since I'm fairly low.

The 96-04 spindles add 5mm more track width per side over my 94-95 spindles. I could probably get away with an additional 5mm and I'm only running like .8 degree negative camber. I don't know how low you are, but I'm at 25.25" to the top of the fender arch.

Are you more, or less lowered than me? 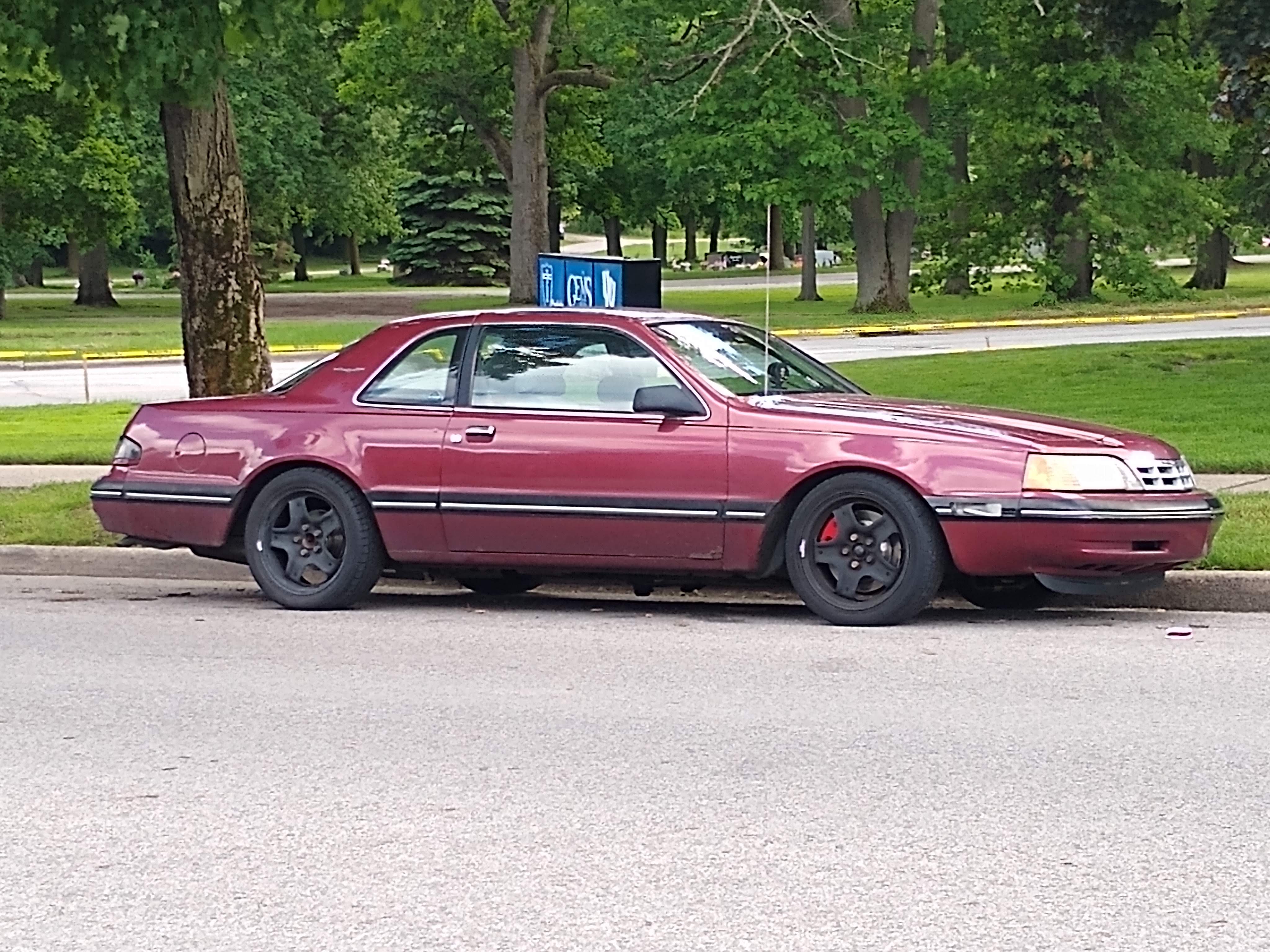 30
Since I think I've got the front about right, I've decided to get some extended studs for the rear, and use smaller 1/2" spacers.  I'll deal with the issue of wheels when my budget recovers.  I put 2 grand into this project, and I can't absorb the the cost of wheels (or freight).  I just need to not destroy these tires.  The first day after the job, before I rolled the rear fenders, I shaved cowboy fringe off the sidewall of the left rear.  Had to pick it all off.