1
The floor mats in the TBird are of some generic application, and really don't fit for squat in the car.

You guys have a source for a decent set that fit well?

I don't really need anything on them (I'd only accept a TBird emblem if it was the 83-84 style anyway), just something that works better than what I have.

What do you guys like?
2
Looking for a horn button for one of these.

Don't care what emblem is on it. Thanks!

These have been drilled to 5-lug and have had the center bore opened up to fit the 94-98 5-lug axles. They still have life in them, if you're going 5-lug, but if you're staying 4-lug, you'll need new rotors.

I also have a less crusty set of caliper brackets (No pics, but similar surface rust to the axle in the background of the caliper pic).

The guy who has them is going to be out of the country for work for over a year, and he's decided to try and find a home for them. He'll just store them if he has to, but all the better if he can find a place for them.

These are current pics of both, as of yesterday. Both moved at some point back in Jul/Aug.

He hasn't done much to them in the time he's had them (usually busy with work) aside from drive them and put new tires on the white one.

The build threads for each are linked above. The pics for the grey one are mostly gone, but I didn't do as much to that one in the time that I had it.

The Good
-Solid body and non-leaky windshield
-OK-ish interior
-OK-ish 255 V8
-OK-sh Snowflakes
The Bad
-Auto trans getting tired
-Surface rust on horizontal surfaces has gotten worse, but doesn't appear to be more than that.
-255 V8
-Not a whole lot of mods done to it. Pretty basic


In the end, it's probably best to smash both cars into one. If we had room for them, we'd grab them, pull all the good bits from the white one, INCLUDING the Bittersweet interior, and swap stuff onto the grey one, and drop in a different drivetrain. We just have no place for them.

I know these cars are an acquired taste, and not many folks have acquired said taste, but I told him that I'd put out feelers to see if there was any interest. They are located in Indianapolis, IN.

As I mentioned above, he doesn't NEED to sell them, and will just store them if need be, but just figured it would be better for them if they were getting attention again, even if that means sacrificing one to improve the other.
5
Anyone in a reasonable radius from me (Indy) happen to have a fair-ish set of red buckets sitting around that they want to get rid of?

Chuck
6
Before someone pokes at me about this, meet Charles C Warren V, born 9/5/17 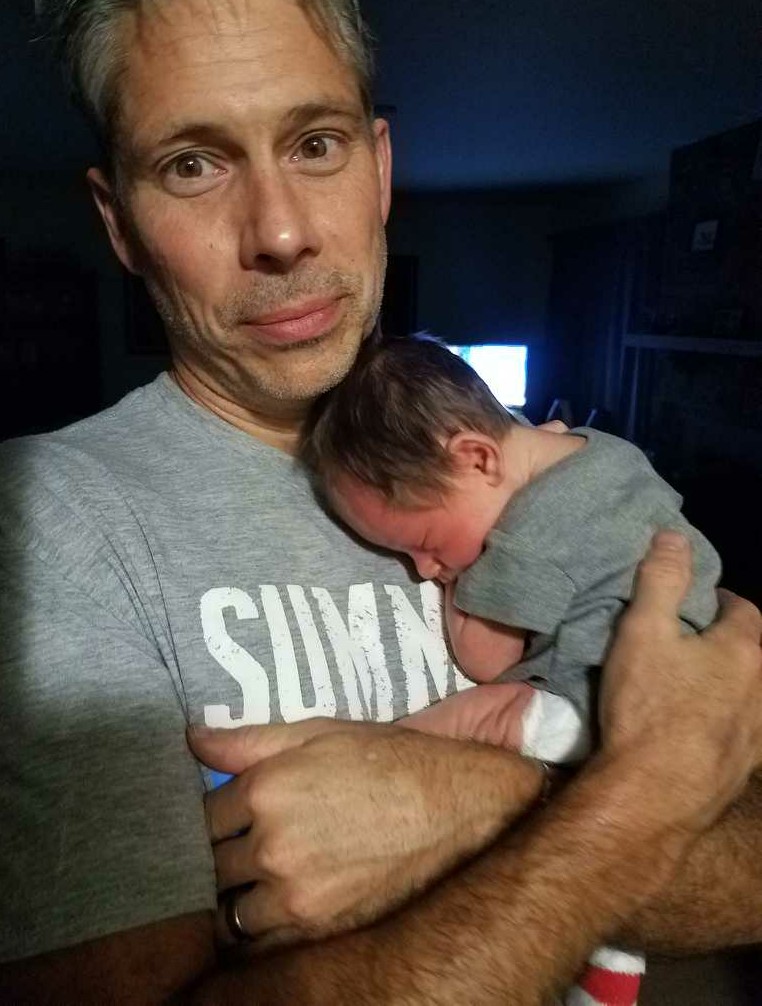 7
So, by now, most of you know that I'm no longer building motor mounts, of any sort.

As much of a thing as it was for me, I just do not have time in my life for it these days.

Over the 15 years that I built them, I was kind of surprised that no other options sprang up, as I'm sure folks had alternative ways to do things.

Anyway, where I'm at is I'm not sure what I want to do with all of my information. All I do know is that I really have no time to put to these any more, at least not outside of anything for my own personal use. I barely have time for my own projects these days, much less those of other people. I get 1-2 emails a week still from people looking for mounts, and I feel bad having to turn them away.

At this point, if someone was interested in taking over building and supplying these to our weird little niche of enthusiasts, I'd be happy to entertain an offer for the exchange of information (drawings, documentation, weld jigs where applicable, etc).

Anyway, that's where things are with me on this, so if you're interested in carrying the banner forward, get in touch.

For all that have bought mounts over the years (and I have a record of EVERY set of mounts I've sold), thanks for your support.

Chuck
8
OK, I uploaded the CAD files for the TBird SFC seat braces.
The dxf files may or may not cooperate, but there are PDFs also. Tried to convert some OLD files today, not sure if they'll behave or not.

Let me know if you have any questions.
9
OK, so I've been looking to do this for a while, but I've been just busy as hell with everything else going on to do this.

They are older .dxf/dwg files as well as PDF's for those who just want dimensions.

You need 4 side plates and 2 of everything else for a set.

Could they be improved? Of course. Have at it if you want to.
10
I'm sure most have seen hints, but I figured that I'd better make an official announcement.

I am currently NOT building motor mounts. I figure after 15 years it was time to take a break.

The main reason is that I just don't have the time these days to put to this. Any time spent on building mounts takes away from the multitudes of other things I want/need to do in my limited spare time.

I'm not officially closing the doors yet, but I have no plans to get back into production on any of the mounts.

I need to update the website to reflect this and include the info for replacement bushings, etc.


Thanks for all the support over the years.

Other than being dirty, and having very minor curb rash in a couple locations, they are in good shape. I bought them for a project that I no longer have, and want to get them out of the shed.
They come with the center caps.

I’m looking for [COLOR="#FF0000"]$100 OBO, picked up[/COLOR]. I don’t have the time to mess with shipping them. I will however be travelling out towards Branson, MO on Fri 6/19, and could probably bring them along, if you wanted to meet me between Indy and there. Email preferred (cwarren@indy.net)

I have an '80 264 GLE that pretty much got all everything but the body/interior from my '85 244 Turbo, with a MegaSquirt upgrade. It's my nice weather daily. 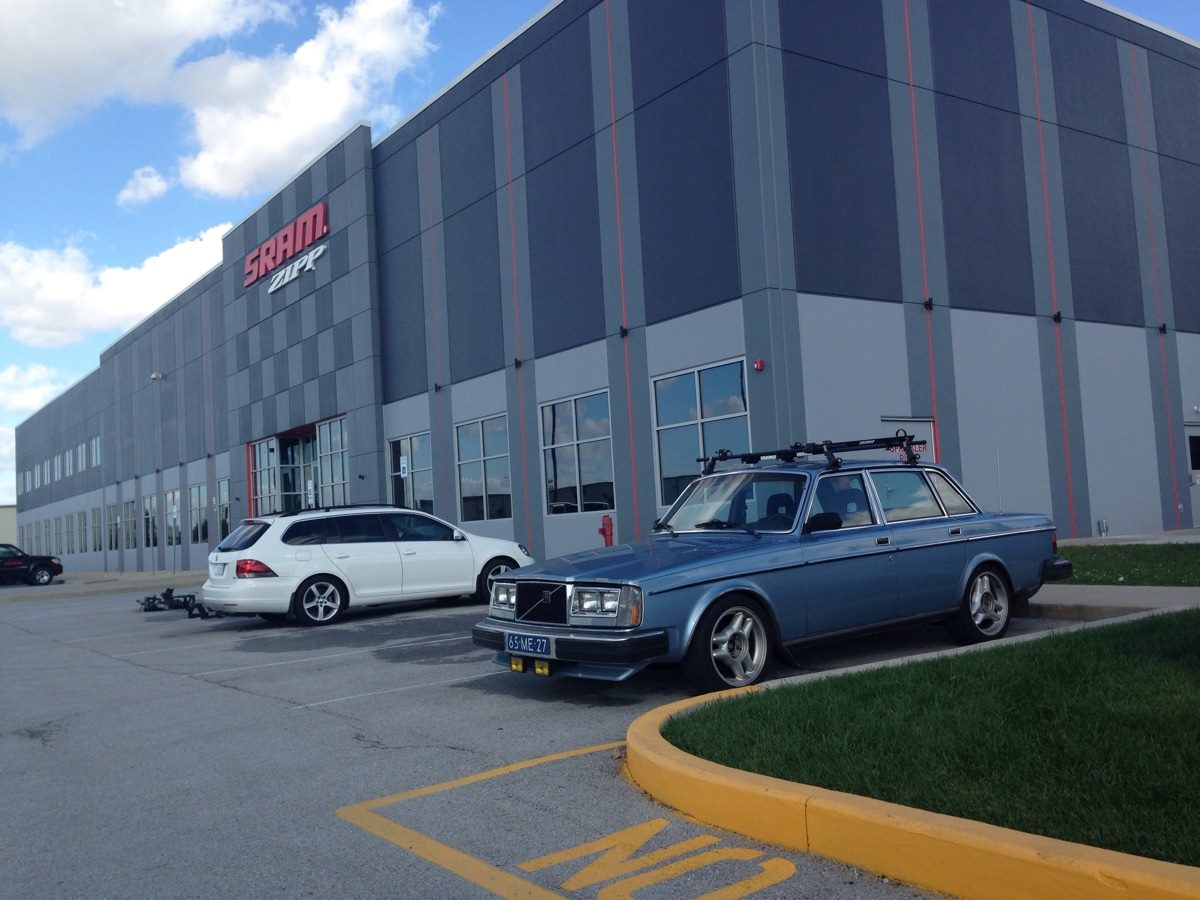 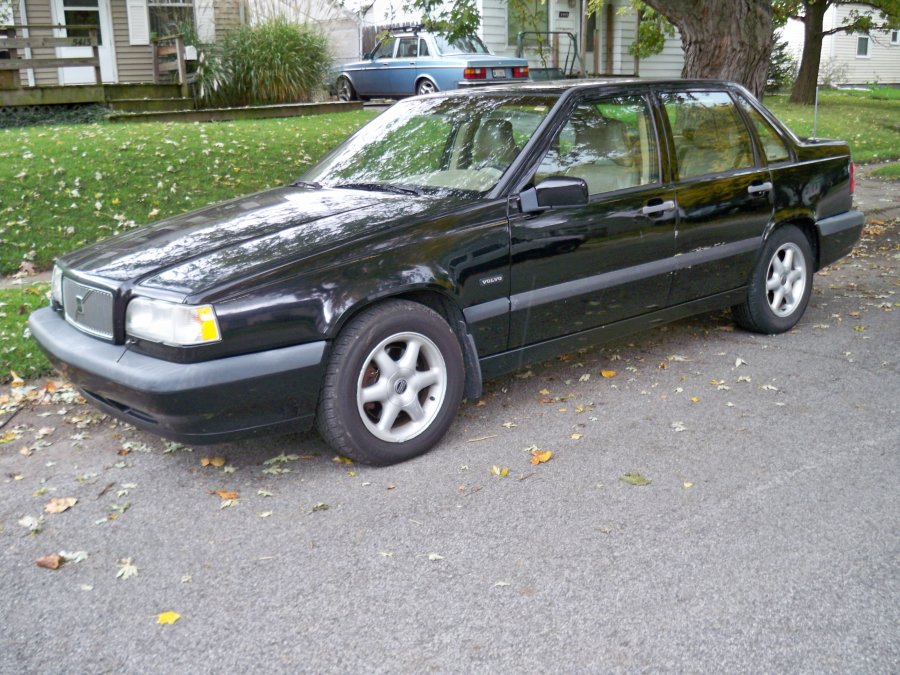 See all the details HERE
14
OK, here's the deal. I've been getting a bunch of inquiries about the shock brackets, so I'm going to build a batch.

For those that don't know. Fox TBird/Cougar rear shocks are about 3" longer than those found in the 79-04 Mustangs. This wouldn't be an issue, but seeing as you can't find any quality shocks for the TBirds/Cougars, fitting those for a Mustang seems like a logical solution. While you can get them to fit if you try hard enough, the situation isn't ideal, and could have consequences, based on your driving style.

Anyway, the ones I make look like this, but are powdercoated black. 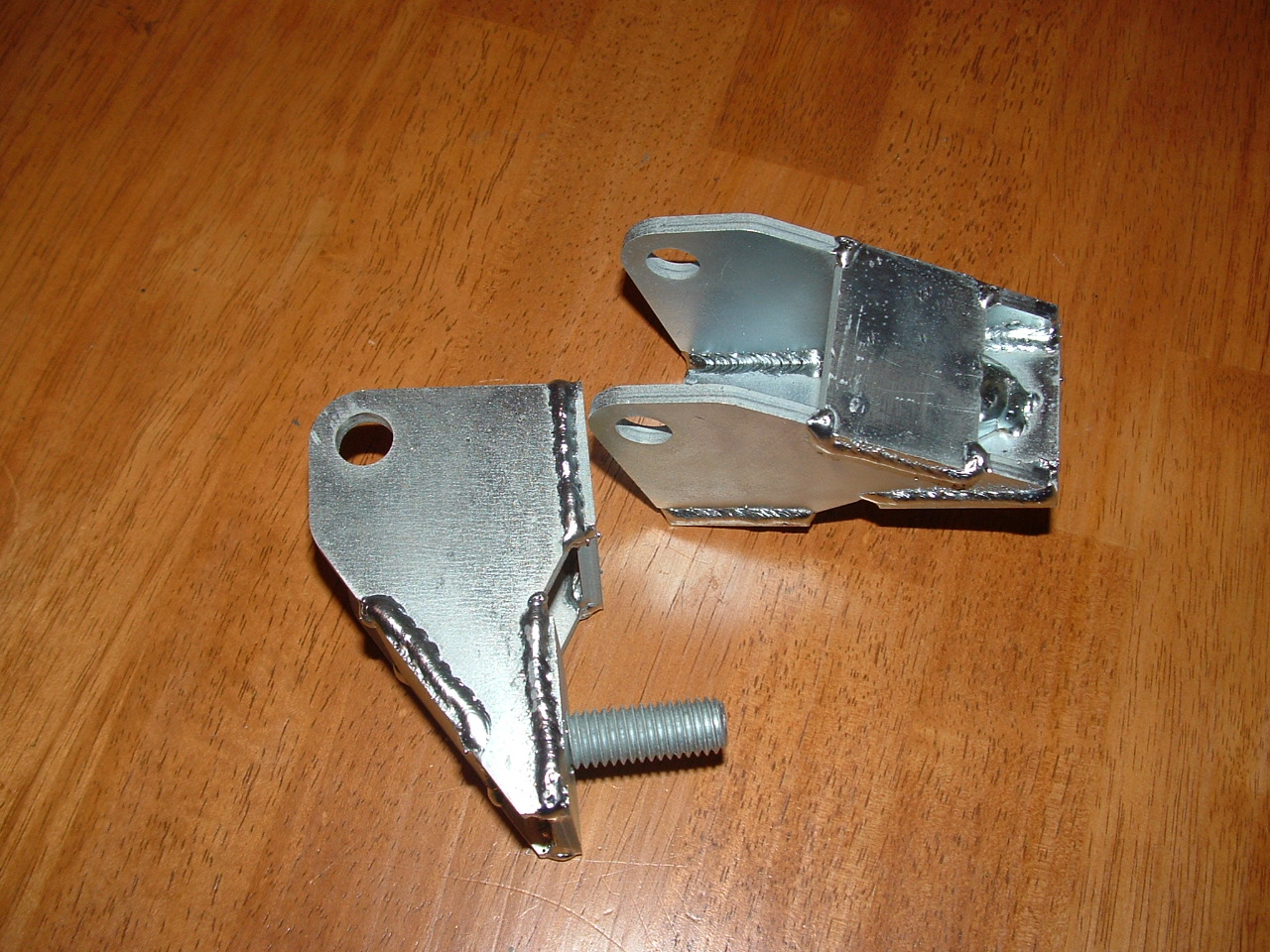 Here's the situation. I'm going to build a batch, based on demand, but I'm not going to do more than 20 sets of them. They are tedious for me to build, thus why I don't like to hassle with them.

Here's the rules for getting in on this. First, no money from anyone right now.

If you want in, you need to either send me an email, which is preferred, to [COLOR="#008080"]cwarren@indy.net[/COLOR] and include your real name, or a PM. If you send a PM, you MUST include your email address and your real name. I won't consider you a legitimate customer if you don't include this info. I want to know who I'm dealing with. All the full details will be needed later when it's time to finalize orders, organize payment, etc.
If you're outside the US, please let me know, and we can figure out the additional shipping costs.

I'll order the laser parts when the commitments are all in, and I will order quantities based on that. If I only get 10 commitments, I'm only ordering parts for 10 sets.

Chuck
15
So, some of you may remember my post from about two years ago Death of a Volvo. When the '85 died, I was driving a 245 wagon as my daily and picked up a 2-door for playing around with. Well, the wagon got old and I found myself wanting another 4-door as a driver.
Back in March I drove up to Sheboygan and brought this back. 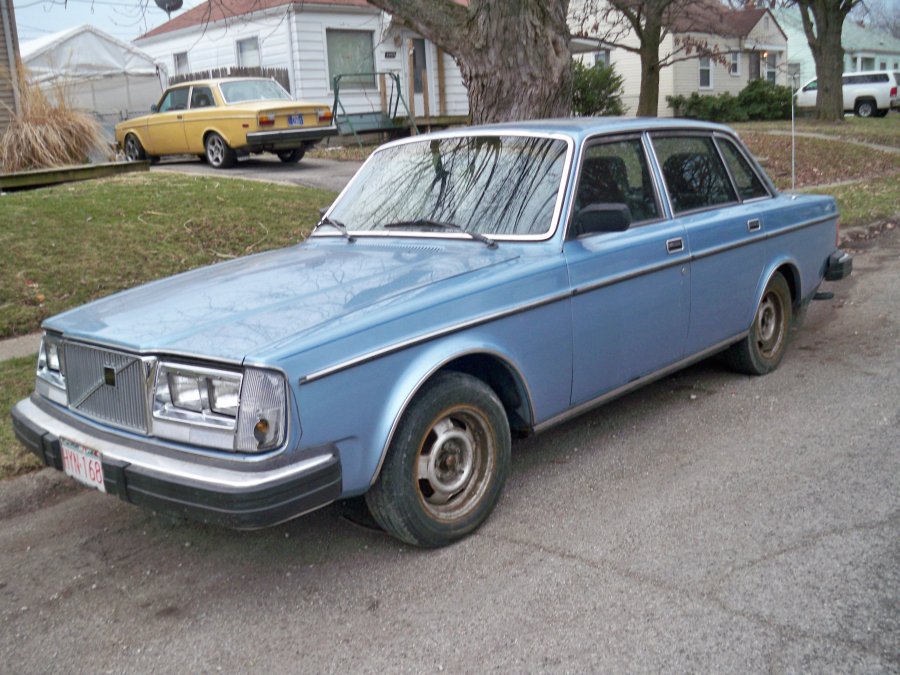 It's an '80 264GLE. Originally a 6 cyl/auto car that had been sitting since about 1995 with what was thought to have been a dead motor. ((bad headgasket was the rumor)

It looked OK, but underneath was a mess.  I've had to go through every thing, replacing the fuel system, redoing the brakes, (some) new suspension stuff, etc.  I also had all of the bits from the '85 turbo car. You can see where this is going... 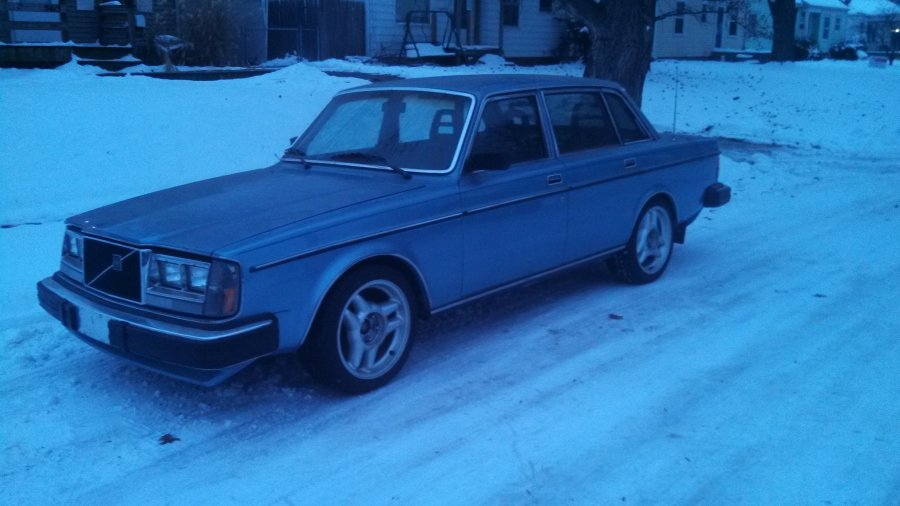 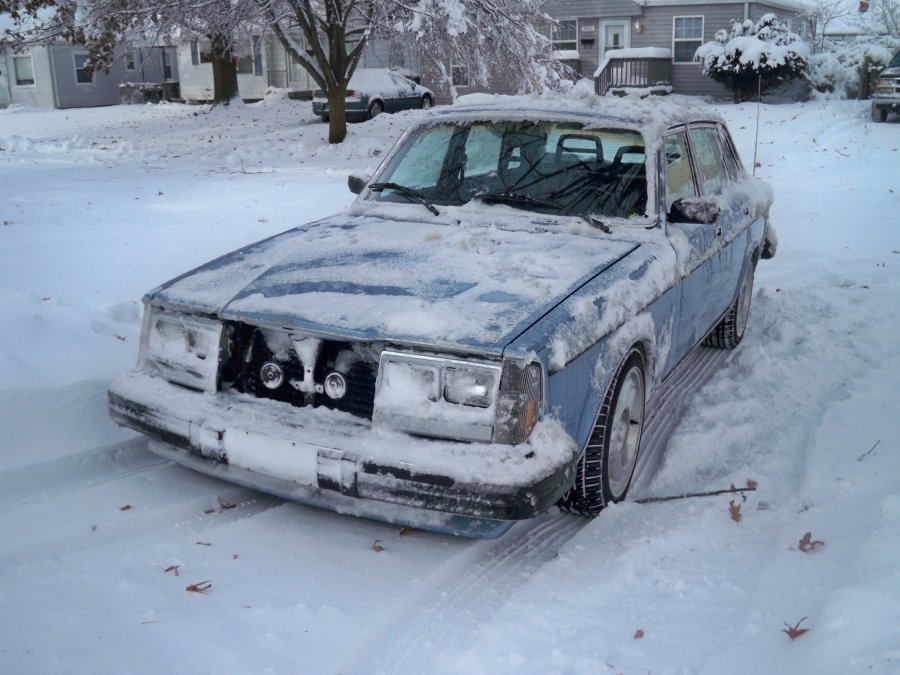 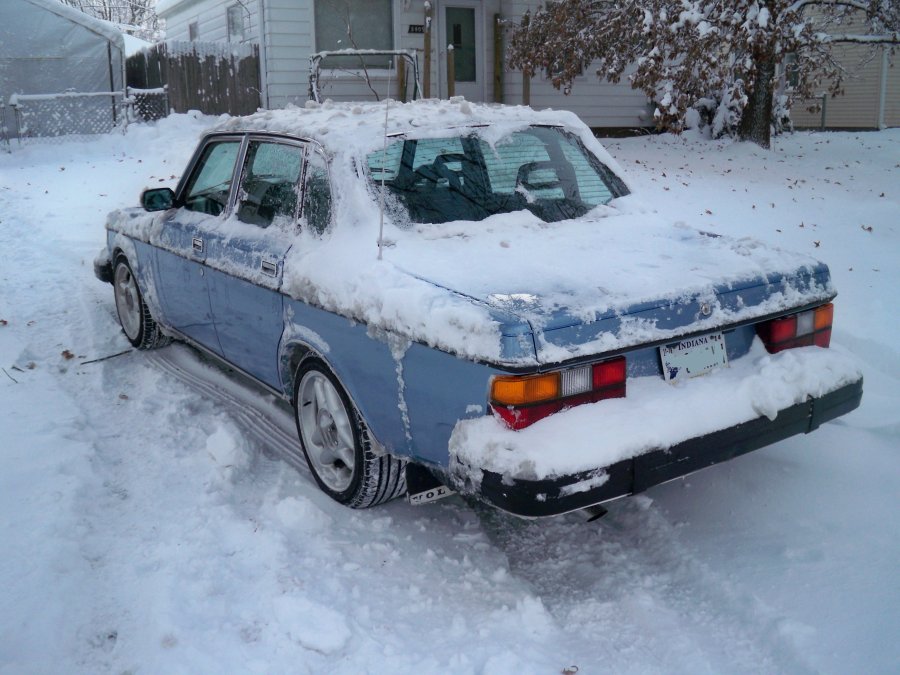 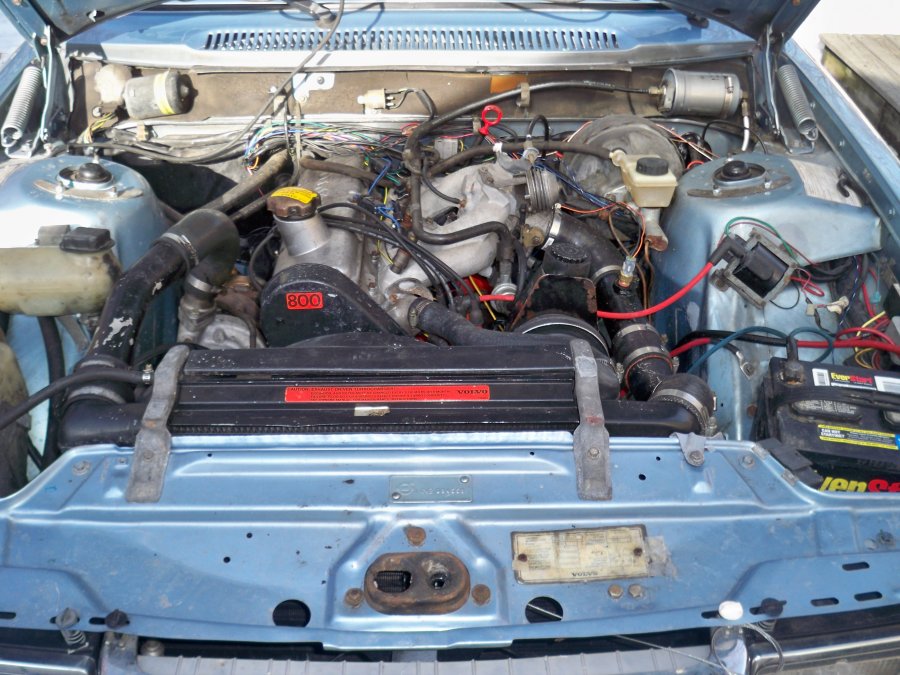 Main goal was to get it on the road, as that yellow '77 2-door is NOT the car I wanted to be driving in the winter...even though it did see some salt. :(

Nothing super fancy right now. 2.1L Turbo Motor with a manual trans, MegaSquirt install that ditched the mechanical fuel injection, better wheels and tires. A few other minor engine mods,  such as a slightly larger cold side on the T3, later model, better-flowing intake and exhaust manifolds, and a full custom-built exhaust.

Still sorting out little details, but it's on the road and out of the workshop now, so motor mounts are being welded up again.